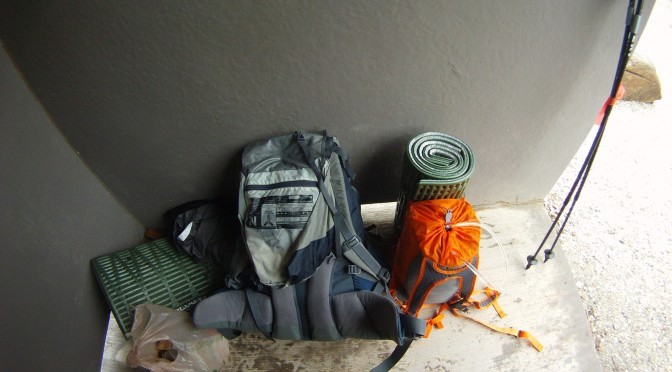 Weekend warriors and noob backpackers, I want to clear up some misconceptions that backpacking is necessarily a prohibitively expensive and back-breaking hobby. Below I have put together some of the information I’ve acquired over the years to help people who are interested in going on a summer adventure in the woods. I want to reassure people that getting outside is not difficult and that anyone can do it. The woods should not be thought of as a daunting hostile place that people carry machetes and guns into because frankly it isn’t. If you’re looking for a badass adventure, the backcountry in the Mid-Atlantic is not the place most of the year. But if you want a break from civilized life and want to relax, here are some tips I have, including a comprehensive budget ultralight backpacking gear list at the bottom. END_OF_DOCUMENT_TOKEN_TO_BE_REPLACED 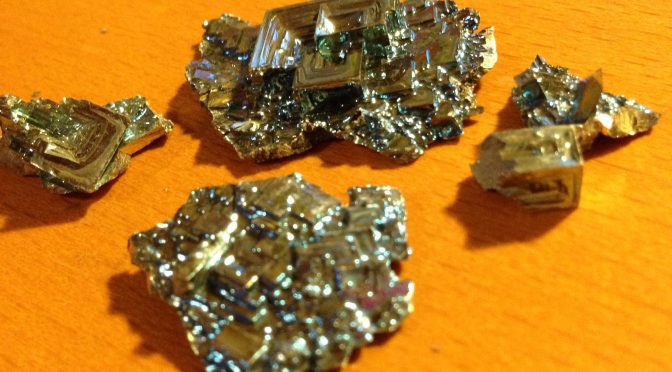 I’m going to take a little detour from my usual rant to talk about something completely badass and fascinating and awesome and that everyone should do (especially if you have kids). Last year I got really, really excited about the crap I was learning in school but had no outlet for it. My labs while claiming the title of “experiments” were far from experimentation. Structured down to every milliliter and gram, there was absolutely no freedom to let creativity soar and learn some of the more fascinating aspects of chemistry and physics. So I decided to do a little experimentation of my own. I went online to see what kind of stuff I could order and was absolutely amazed that most of the stuff my labs were ordering I could buy too (for far less than the price of a college education). It was much more fascinating too, to be able to just run free and break some rules, do some things I may later regret without liability to anyone else. So when the sixteen ounces of bismuth came in the mail, I whipped out my lab goggles and stepped into my condo’s kitchen. END_OF_DOCUMENT_TOKEN_TO_BE_REPLACED

We live in a deterministic world where every movement is a result of the infinite movements preceding it. I could limit this claim to the 13.8 billion years preceding this temporally measurable moment but then that would give people the idea that there was an initial movement at that time, one created by some impossibly intangible superior being. Why claim though that there was an infinite mover than to simply claim that movement itself is infinite? Thus we acknowledge that it is likely that the movement 13.8 billion years ago was simply a result of a movement that preceded it.

A confused vision of our earth claims misunderstanding or even inability to understand. END_OF_DOCUMENT_TOKEN_TO_BE_REPLACED

Imagine watching nuclear fusion come to be standard as energy on the earth. You stand by as you witness one of the greatest advancements in humankind-the transition to sustainability. Imagine, with the discovery of better methods of space travel, abandoning our terrestrial life to become space-faring, trans-galactic beings. Imagine interacting with beings from another planet, learning their language, their culture, their technology. Imagine studying their biology, making friends on another planet, learning their planet’s history, and having access to information about the universe that we have not yet acquired. Imagine watching our planet develop, new species forming, continents shifting. What if I were to tell you that all of this could potentially happen within your lifetime? END_OF_DOCUMENT_TOKEN_TO_BE_REPLACED

The natural world is a threatening, hostile, deadly place. Nearly everything wants to prey on our flesh and steal our life. It knows not love nor compassion and was not made for us. I know it is deceptively beautiful and its fruits are deceivingly delicious. But if nature has no use for us, it will consume us, digest us, and crap us out like we never existed.

I am sick of this idea of nature as our medicine or this concept of this home as a peaceful abode. This is a hostile world, full of death and disease. A shark doesn’t keep from eating a human from some obscure sense of respect for humanity; it refrains because a human is foreign and strange and the risk of poisoning is not worth the reward of an easy meal. END_OF_DOCUMENT_TOKEN_TO_BE_REPLACED

How the hell is anyone expected to tie themselves down, find a career, reproduce, work their tails off and then die without exploring places like this?

I seriously cannot understand it. I can’t imagine my life ending up like that. And I know it has its perks; it’s not that I am against that lifestyle. I just am excessively for the other way. So as of now my plan is to see this place. And Fiji. I want to go to Fiji. I’ve never been happier and more content than at the top of a mountain or on the bottom of an ocean. I have my primal instincts just like everyone else but they aren’t quite satisfying. But places like this, they never get old. I know I probably sound like a cliche traveler. I’ve always quoted Camus; “Wandering seemed no more than the happiness of an anxious man.” And right now, this is conflicting with me. I am wondering what he meant, what I meant. END_OF_DOCUMENT_TOKEN_TO_BE_REPLACED

I wrote a couple posts about lightweight backpacking last week to summarize my preparation for a sweep to finish hiking the entire Appalachian Trail. Having just graduated, I was stoked about my trip. I was waiting for a rain jacket to come in the mail so that I could peace out and get moving. In my restlessness, on the first day of the new year I asked my friend Scott if he wanted to go climb a mountain. Paris mountain sat just across the valley from my home. It stared at me every time I commuted home. Since I moved in I declared my intentions of standing on top of it and with a snowy peak, it was luring me in stronger than ever before. END_OF_DOCUMENT_TOKEN_TO_BE_REPLACED

I once read the essay “On Dreams” by Sigmund Freud. In the concise version of his more lengthy essay he interprets dreams and establishes his belief that dreams are not disordered or accidental. He claims that some dreams are essentially the subconscious reaching out to the conscious.

Last night I had a dream that feels very meaningful to me.

As far as my memory of the dream reaches I felt fearful and nervous. Very quickly the root to my fear became apparent. I was driving on a four lane interstate with a tail. Several huge vehicles were coming up fast and I knew they were after me. I looked back in my rear view mirror as the lights from the oncoming truck came close enough to blind me.

I swerved onto an exit ramp to avoid being run over by the villain of my dream.I was not aware of the reason I was being chased but I definitely knew to run.

The exit ramp was my escape to an access road that ran parallel to the highway. I drove along at ninety miles an hour alongside the villain chasing me. Now I had a vantage of the massive group coming after me. All the vehicles were bulky, threatening, huge trucks. Some looked like army vehicles, others were dump trucks, and the lead was a tractor trailer.

I watched as the caravan swerved through traffic trying to keep up with me, ramming unsuspecting cars in the process. Soon I took a turn off the access road onto a gravel road. From there I saw the start of a trail. I ditched my car, set out on the trail, and my anxiety dissipated. Helicopters flew above looking for me, but I was concealed on the forest floor. I had a pristine view for miles, with the sun rising in the distance. The evergreen trees covered my head and I had no fear of being caught. I was free.

Whether this dream is silly or truly metaphorical, I don’t know. I do suspect that it’s a sign that right now I am discontent.

I went to Manhattan last year for the first time in my life. I had never seen such an urban setting with so much asphalt and concrete and so little trees and grass. However, in addition to central park, there were many more smaller parks scattered over the city. Each time I passed a park on my walking tour of the city I noticed the congestion of people in the park. People fueled off whatever green they could surround themselves with and the main hang outs and gathering spots were parks. With this observation, in addition to realizing my dislike for the brown, gray, and off white beneath my feet, I was so amazed and excited to see how so many people were attracted to whatever green they could find. It was almost like I expected to find people huddling around bits af grass growing in sidewalk cracks. And the bitter sweet observation helped enlighten me to  every one’s desire for some natural element of the world in their life.

Some people hate camping or are grossed out by dirt and mud. Some are scared of snakes and spiders. Some use umbrellas in rain and pump the heat up to 80 degrees in the winter. I run inside to the protection of my house’s walls when I get swarmed by mosquitoes. And the movie “Birds” definitely did not help my fear of hawks, eagles, and owls. But I do believe that deprived of the softness of dirt beneath our feet, the freedom of fields, and the warmth of the color green, we all get a little thirsty no matter how urban and new age we think we are.

I see dirt and grass and trees that chose their own location every day. But still the hardness of concrete that surrounds me drives me to an even great desire for the kingdom plantae. I want freedom and soon I will have it. My subconcious doesn’t need to tell me that in a dream. I already knew it.