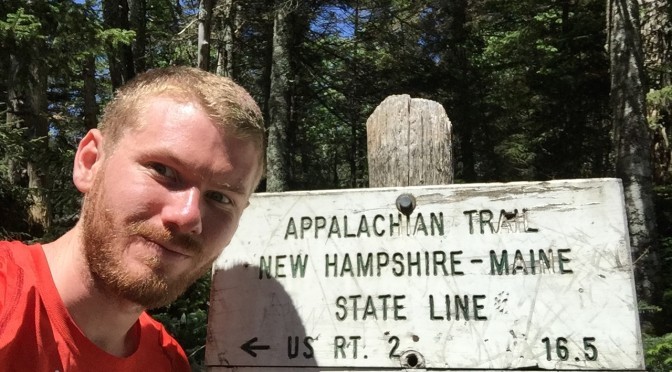 As I was hiking up Speck Mountain around dusk last night, I started looking for campsites on the slopes of the mountain. My standards for a campsite are very, very low. But I was quickly realizing that tonight I would have to drop even my lowest standards. The shelter was still 2 miles away over a decent climb, my tendinitis was worsening and the sun had already set. I managed to find a spot off the trail that gently sloped downward. I was too tired to care anymore. Exhaustion overpowered my rational thinking and I began to set up camp.

Last night I had needed to find a shelter to use my tarp as a vapor barrier instead of shelter from the rain because the temperatures were so low. The temps had hardly risen today and I imagined they would drop again tonight. It wasn’t raining but because I was in a cloud, the precipitation was condensing on the trees and the wind was blowing it off. I needed to set up my tarp.

The entire night I spent curled up to keep warm. My quilt was damp from the moisture but Enlightened Equipment’s DownTek water repellent coating was doing a great job keeping the down dry and lofted. I couldn’t be more pleased with that quilt. I’ve put that thing through the gnarliest conditions and it’s kept me comfortable and sleeping.

The worst part through the night wasn’t the cold because staying curled up managed to negate it and I slept fine. However, my legs were so sore and tight that being curled up became painful after an hour or so. I had to shift and stretch out and each time I did and tried to sleep like that I would lose my body heat. On a trip like this, eating and sleeping are the two priorities that take time and trump nearly everything else. And I had spent a lot of time this night doing a whole lot of nothing productive, laying there, trying to fall back asleep. I was bummed with my decision and in hindsight would certainly have made the two more miles to the shelter.

My hands froze and stiffened while packing up my damp cold gear. I left my down jacket on despite knowing the climb would warm me up. I needed the pockets to warm my hands up in. So I continued the hike up Speck Mountain with my hands in my pockets. Up toward the top though I needed to use my poles on the slick granite and in the high winds so I pulled my hands out. I was wearing all the clothes I owned and fortunately it was a clear day so far. At the summit my hands were so stiff and cold I could barely move them. The wind stung my face from the cold and snot ran from my nose. I was having trouble seeing because my eyes had teared up from the stiff cold wind.

But I was quickly off the summit and working my way down to the shelter. Down there I met three NOBO thru-hikers who highly recommended that I stop in at the White Mountain Lodge and Hostel. The AMC caretaker of the shelter and campsite came over and asked me if I could deliver a letter to a friend at Carter Notch Hut some 50 miles away. He offered me a Snickers Bar in exchange for my services and I couldn’t refuse. He called it the SOBO express and by the end of my time through the White Mountains I would end up becoming a regular employee of the SOBO express in exchange for food.

I had eaten the Snickers within a few minutes and was happy to be descending down to the Mahoosuc Notch. This one mile section of trail is without question the slowest mile on the entire AT. It took me about 40 minutes but with a full pack usually takes people over an hour. I crawled over and under boulders, through tight cracks, and even in mid-June over some icy slick sections where snow had yet to melt. People had warned me about the possibility of snow this late in the year but it ended up not being too big of a hindrance. Before long I was through the section and on my way toward the Maine-New Hampshire state line. I couldn’t be more thrilled about getting through the most rugged state on the entire trail and on my way to warmer temperatures and easier hiking. 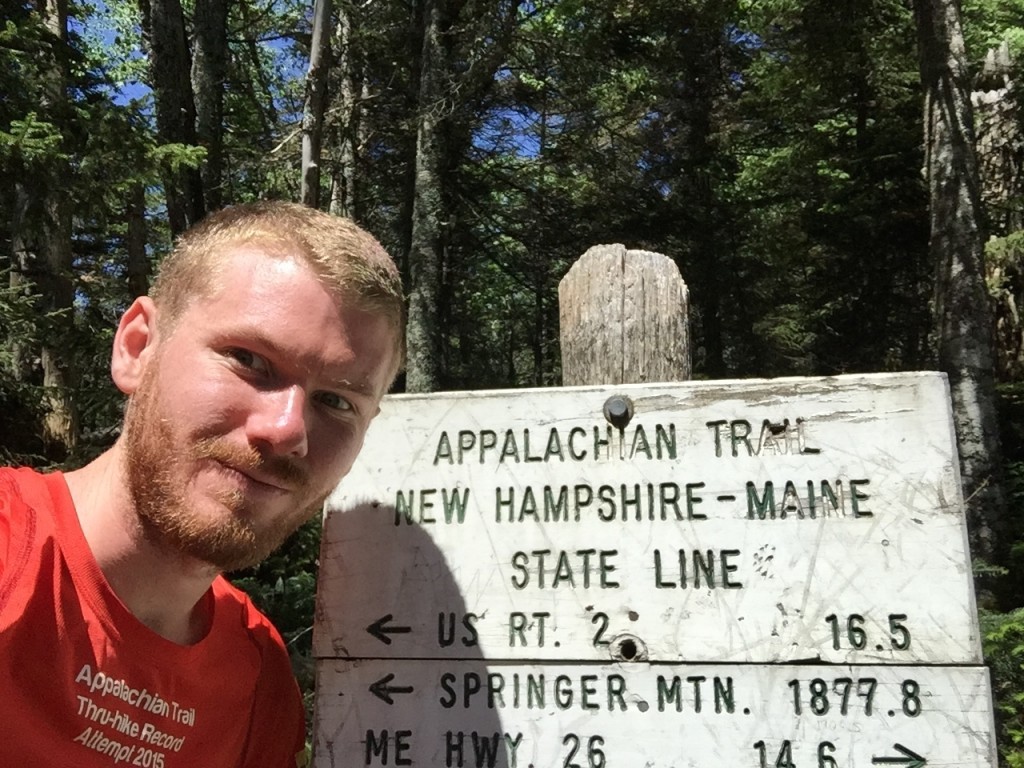 After climbing over Mt. Success, I started my descent down toward Gorham where I had committed to taking a short day and getting a good night’s sleep. This would put me a full day behind where the current record holder, Matt Kirk, was at this point but I figured I had plenty of time to reel it in. Maine had beat me up and I had been unable to maintain my weight. A meal and a bed would hopefully refresh me for the challenge of the White Mountains of New Hampshire.

I rolled into the White Mountain Lodge and Hostel late in the day after moving slow the last few miles. Eric, a hiker who was working there, helped get me situated, got my laundry going, and even served up an awesome Wal-Mart pizza for me. I couldn’t be more thankful for the hospitality of Eric and Marni, the owner of the Hostel. Because of the luxury and home like feel of the place, Marni had been dubbed “Double Zero” for the inclination of hikers to take two days off relaxing in lieu of hiking into the ruggedness of south Maine. I was warned and told to get out quickly otherwise I might do the same. And I’m not going to lie, waking up the next morning and leaving was one of the hardest things I’ve ever done. I ended up pulling a short 28.2 mile day and was bummed to be a full day behind Matt Kirk but was ecstatic to be out of Maine and into my second state.

One thought on “White Mountain Lodge and Hostel, Day 9, 28.2 miles”