On Thursday I set my fifth weekend in a row with having slept in the woods at least one night. And yes, for the record, I’m in college so Thursday is part of the weekend.

I went camping on wind rock with a group from the outdoor club. It was my first time taking my buddy Paulo into the woods. He didn’t behave quite as well as I had hoped for, namely he was freaked out by fire. He’s over on his bed right now asleep, every now and then looking up at me wondering “Why don’t you turn that music off and go to bed too?”

We just had an epic battle of king of the hole in the dog park. He has been working on the project for the past few weeks and it’s getting a little ridiculous how big the hole is despite my efforts to defend it. He’s a sneaky fella. He realized that if he began working on another hole than I would come defend that one too. But of course he only cares about the one project. The other one is just to lure me away so he can make a break for his true Marianas Trench.

On Friday I went to my first college party since Halloween two years ago. There is a reason for that. Two years ago on October 31 I had one of the worst nights of my life. I suffered from anxiety attacks when I was a kid and that disease decided to plague me for one last night before it would say an eternal goodbye. The strobe lights, lack of sleep, late night, stress, and claustrophobia all merged into one giant anxiety attack that won’t be soon forgotten. However, I realized that I needed to get over that at some point and at least give a college party a shot even if I do realize that I have a lot more fun doing other things. A bunch of guys from my high school came into town and the party ended up being an awesome night up until about 1:00 A.M.. When everyone’s BAC reached a certain point I recognized I was out of my comfort zone, jumped on my scooter and rode the mile back to my place.

Earlier in the week I had sent an email to the Outdoor Club at Virginia Tech listserv inviting everyone to join me on an exploration of the most haunted places around Blacksburg. I’ll be completely honest though, I had no idea what I was getting myself into. When I sent the email, I had no idea where we were going, no clue how scary these places were going to be. And my biggest mistake, I figured tops seven or eight of my closest friends would show up.

Seventeen people showed up at the student center parking lot at 6pm on Saturday night, prepared for the biggest thrill of their lives, trusting me to lead them into the scariest places they may ever see. I handed out the wavers that might as well have said “Your trip leader has no idea what he is doing. Sign here stating that you assume full responsibility and that you will not sue him for the inevitable trouble that you are getting yourself into.”

But we all headed out, driving south to our nearby college, Radford, off in search of an abandoned sanatorium. This was noted as one of the most paranormal places in Virginia and definitely was not a place for naive college students. As we watched the sun set on the rolling hills on our way south, we imagined how fitting of a beginning it was to the horror movie that would be made to document the story of the 17 Virginia Tech students. Driving down US 11, I looked to my right, and there it was up on the hill, the abandoned mental hospital, as eerie as I had imagined it. We pulled up and got a closer look at the brick building being pierced at every entrance by long vines of Ivy. But as we all walked towards the building, the question I was hoping would not come, “What do you all think you’re doing?”

At first I mumbled, “crap.” I walked over to the lady that had yelled the halting question. “We are students from Virginia Tech and heard stories about this place and just wanted to come over and check it out.”

“This building is under new ownership and if you walk any further you will be trespassing,” she warned us.

After reiterating the story, the new owners walked over and asked, “Are you all the Eight o’ clock tour?”

After talking with the owners for a bit, they agreed to give us a quick tour of the place. Turns out they already had tours planned but with very little popularity, had some time to spare to give us a quick run through. The quick run through turned into a full-blown tour of the scariest rooms of the scariest building in southwest Virginia. A few times I attempted to wait in a room while every one else wandered away. I stood in one room for thirty seconds before i heard a mouse crawl under the floor and it didn’t take but a few seconds of the fastest I have ever ran before I was at the front of the group again. With a completely successful night of terror, four people called it a night and headed back to Blacksburg.

However, thirteen of us were not content. We went on to check out a mansion where a ladies face is supposedly burned into the mirror which she was standing in front of when she was struck by lighting. Supposedly her soul haunts the building to this day. We made it about 100 meters past the rusted, decaying “Private drive” sign before we peeled out of there.

Next up a little to the North was the Fotheringay Plantation where a cruel slave master was buried upright in a mausoleum  to keep watch over his slaves. The story says that he never quite fell asleep and haunts the place, still keeping watch over his plantation. Avoiding the quarter-mile driveway, we hiked past a nearby school and farmer’s field to just catch glimpse of the mausoleum before we all hauled out of there, scared of the farmer who opened up his door to see what all the noise was.

Around 2 a.m. we headed back towards Blacksburg to top off our Depends. The Appalachian Trail has a creepy abandoned house on it that we hiked two miles into the woods to see. I figured since there was no story behind this “Blair Witch House”, I would make up my own. I told the group that had shrunk to ten by this point in the night that a mother had killed her two children and taken her own life in the house. When we made it to a small clearing the in woods, I knew what was up ahead and I was starting to believe my own story. I caught a glimpse of the house off in the woods and upon screaming “Hell no!,” turned around to avoid being the first one walking up to that house. My friend behind me had other intentions, quickly grabbed my shoulders and turned me around, pushing me back towards the house.

When I went back a few feet to look for the house, all I saw were branches that in the dark somewhat resembled a structure. We all stood there, and me having been the only one to have caught sight of the abandoned building thought I must have been hallucinating, totally paranoid. And then, there it was. I had been praying the entire two mile hike up that we would walk past it a dozen times in the darkness before we called it a night and headed home. But no, there was the hellish, decaying 1700’s building in front of us. When we went closer to the building we saw hand prints scattered around the door frame.

We stepped into the dark house one at a time and then as everyone started to realize that it’s just a simple old home and returned to the first floor, I dropped a rusted metal bin from the second floor outside the window. I heard the screams as I fought to hold in my laughter until someone saw the bin and screamed “Grayson! I’m gonna kill you!”

I returned downstairs and I think every one was so happy that it wasn’t a ghost that they were okay with what I had done. Once everyone’s heart rate chilled out, we all sat down in the center of the home, headlamps off, listening to the story of what happened that night in the 1700’s with the mom and her two children. Despite the pleas “Can we please not?”, “Can we go now?”, “Can we turn the headlamps on now?”, “Come on I really don’t want to be here,” we finished the night with a failed séance.

Having not witnessed any blatant paranormal activity, we all extremely content and pleased with by far the most epic Halloween of our lives. We arrived back on the sleeping campus at 5am and called it a night.

Some pictures from the night: 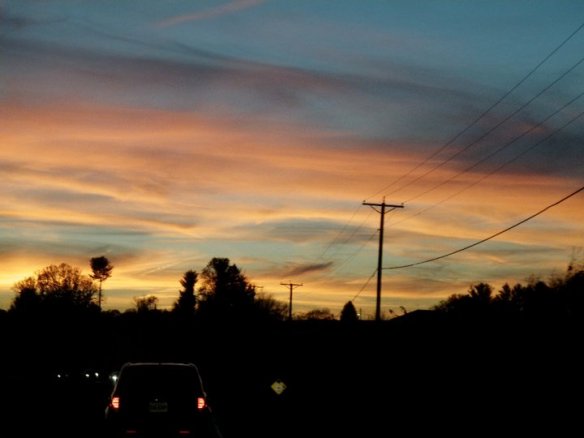 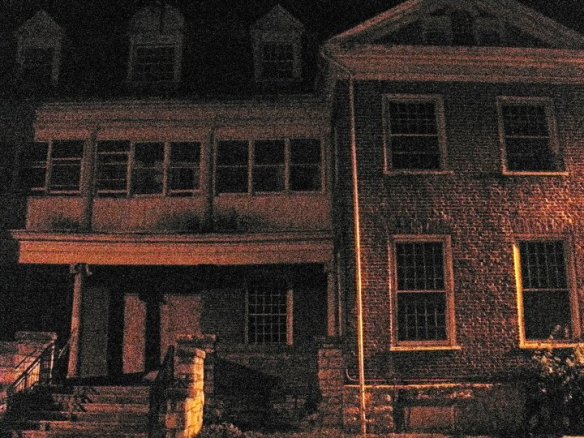 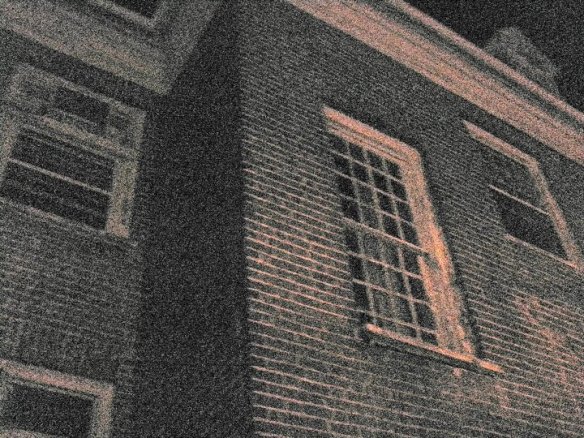 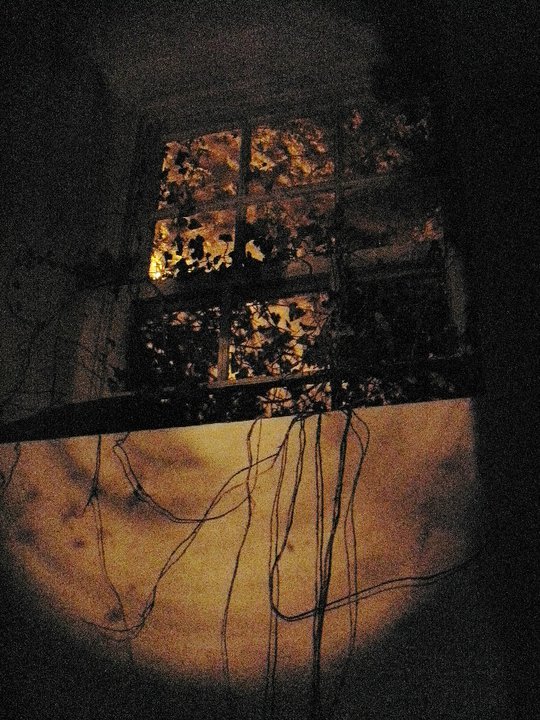 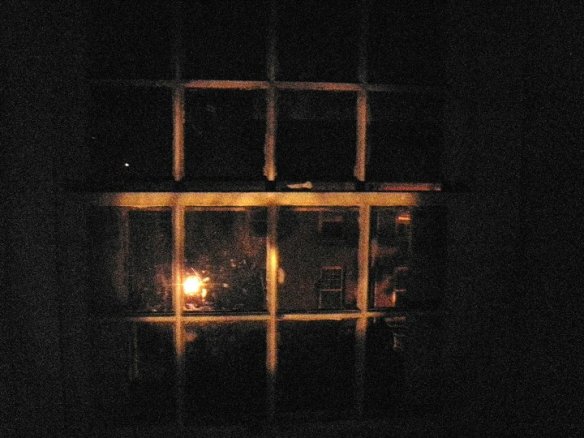 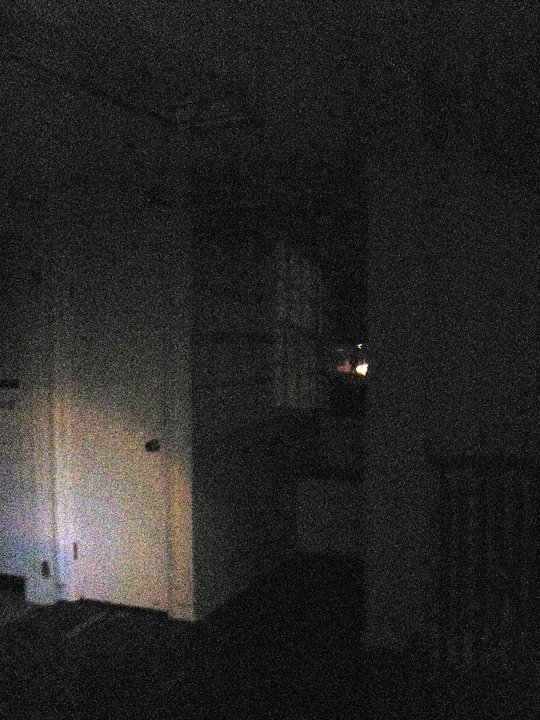 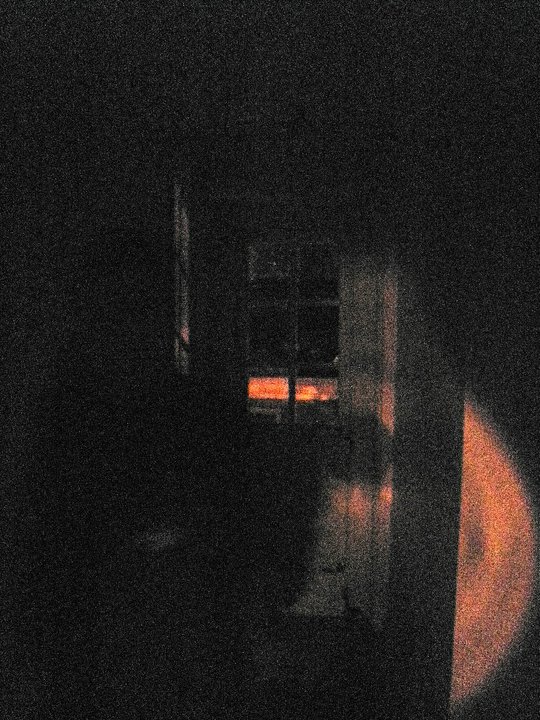 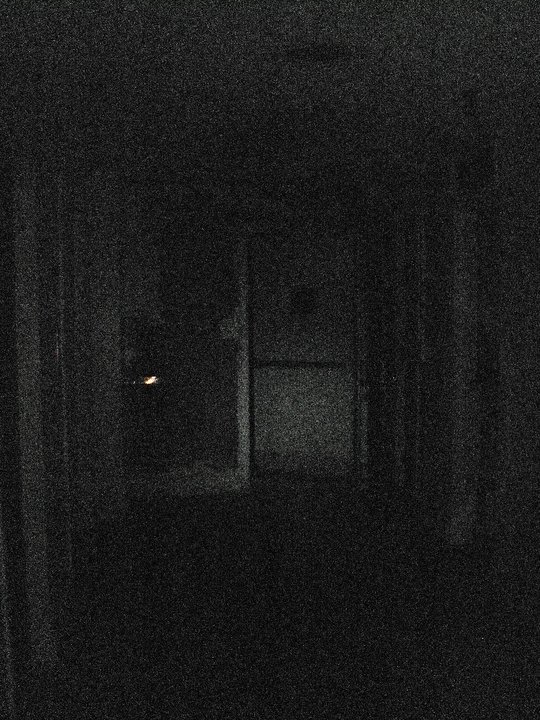 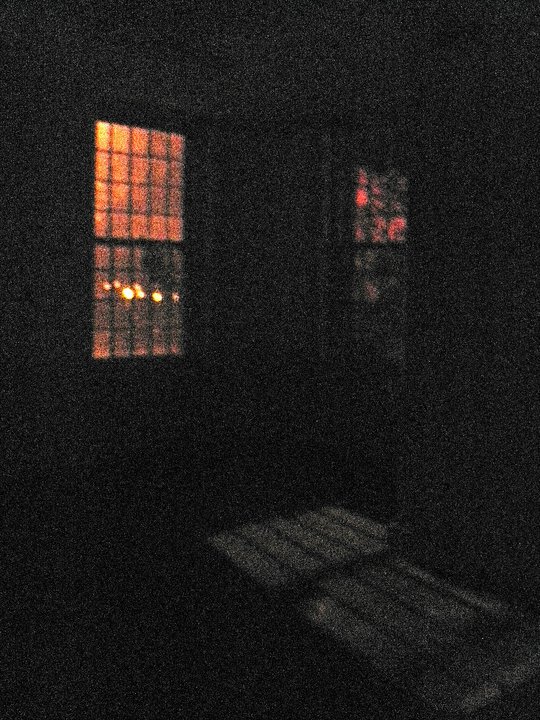 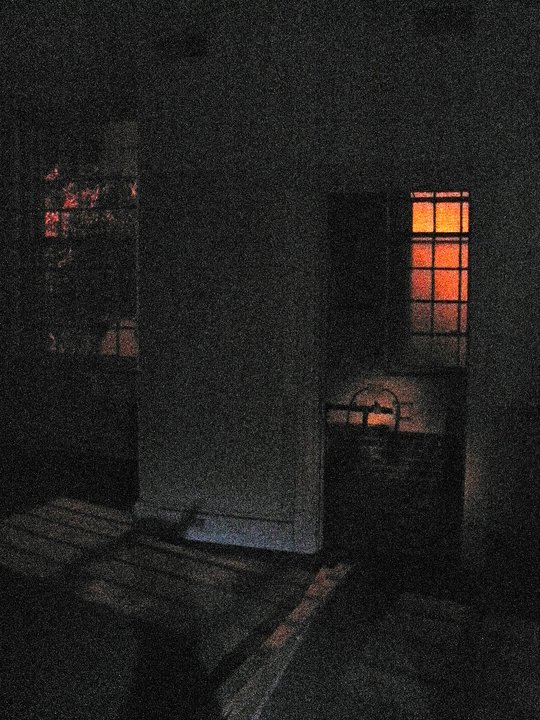 2 thoughts on “Too much fun”