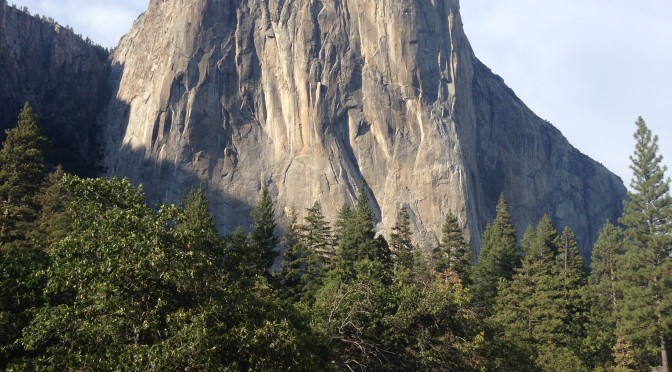 We were two miles from the end, practically prancing down the trail with excitement heading for Whitney Portal, nearly done with a 220 mile thru-hike of the John Muir Trail, having started in Yosemite National Park eight days earlier. We turned around for a last look at the towering summit behind us, now with a cap of deep ominous black clouds settling on its summit. It was a Saturday on one of the most popular hikes on the west coast and I hoped the crowds we had seen on the way up had good enough judgement to be off that summit and be racing to get back below tree line at this point. I imagined them hiding under boulders, the masses of them doing anything they could to escape the storm.

But I had my own entirely more superficial concerns, namely when I was going to eat that first big off-the-trail meal. We knew we were getting close to the delicious grilled food at Whitney Portal but were well aware that the thundercloud was gaining on us. We hurried our pace, racing the storm. The drizzle began as the temperature plummeted and with only a mile left in our epoch a torrent fell from the sky and drenched us with dense cold rain. The violent shivering began as our pace slowed and soon we walked into a crowded building serving food to all the finishing hikers. “I’ll have three veggie burgers and three servings of fries please.”

It’s taken me a while to publish stories from this adventure but with this post I hope to get started piecing it together. This past summer a friend and I headed out west to thru-hike the John Muir Trail. I spent most of the summer on a cross-country road trip and made one of my stops San Francisco. There I met my friend Scott, my go-to friend for stupid adventures, who had flown in from Richmond, and we headed for Yosemite. Driving in we were lulled by the rather tame entrance into the park. We saw vastness that is unparalleled on the east coast, but nothing overwhelmingly extraordinary. Where were the towering giant rocks? Where was El Capitan?

Cruising down from the entrance into the park we nearly crapped ourselves in amazement at the first sight of the overwhelming beauty of Yosemite National Park. We couldn’t believe it. We both screamed like little school girls at the sight of the famed El Cap in the distance, a climb we had both established on our absurd bucket lists but never had actually laid eyes on.

In the Valley we totally lost it. With the sight of minuscule climbers tackling The Nose we couldn’t contain our excitement.

Permitless and no idea of our resupply options for the JMT, we had to slap the blinders on momentarily to get ourselves organized. We made it to the permit office after close but made plans to arrive early the next morning to wait in line. Looking through the guidebook, we found a resupply option about 60 miles into the trip. While not ideal, we figured it would be a nice respite to only carry a few pounds of food for the first couple days. So we packed up our bags and with the sun setting, shoved some food into a bear canister and began driving for Mammoth Lakes with absolutely no clue how long the trip would take us. We planted the cache at Reds Meadow and were back in Yosemite Valley at some ungodly hour.

Completely exhausted and somewhat hating ourselves for lack of preparation, we figured we could just take our sleeping pads to outside the permit office and wait for them to open for thru-hiker permits at 10am. To our surprise, we weren’t the first ones there. The lone gunner, a guy by the name of Swami, with more knowledge of the JMT than I had of the walk to my car from my back door, sat on the office porch patiently waiting. With little desire to converse, laying on my sleeping pad and bundled in my absolutely favorite Patagonia Fitz Roy down jacket, I laughed at our predicament and was quickly asleep.

I awoke hours later shocked to find a crowd of silently miserable people lined up behind us, politely tiptoeing around our sleeping arrangements. Most of them were waiting for permits to climb the infamously steep day hike, Half Dome, but a couple of guys were also JMT hikers. Swami took the last thru-hiker permit for the day and Scott and I settled for a departure the following morning.

In the meantime we had some exploring to do. We returned to the car, permits in hand and stoked about our ability to lawfully hike the JMT. First our goal was to go check out some big ass rocks and big ass trees.

After some obligatory touristy activities, we returned to the Valley to finish arranging our stuff and realized Scott had misplaced his wallet. We spent a couple of hours cleaning out the car looking for it before deciding he must have set it down somewhere during the day. Truthfully, I was getting pretty bummed. Neither of us felt like it would be smart to start the hike with no ID and neither of us had any clue how he would get on his flight and work in a week if he didn’t have it. Everything was up in the air and instead of thru-hiking the JMT we were now considering some day hikes between the day long sideshows at DMV.

Well past my bedtime again, nervous and frustrated, we stormed into the woods to stealth camp hidden in the trees. Within minutes of laying down among the sharp granite that lines Yosemite Valley, Scott’s NeoAir Xlite popped and rapidly deflated. “Dude. My sleeping bag just popped,” he said with the tone of a man who has lost all hope. I asked him what he wanted to do to which I guess he replied what can he do? He picked up his stuff to head down to the car to patch it. I was back asleep in seconds. Entirely disoriented, I awoke to a frightening rustle in the woods. Scott appeared and warned me that a ranger had questioned him in the parking lot but he had told her he was camping at the thru-hiker’s campground. After a brief run-in with the Canadian Park Rangers in Banff I didn’t very comfortable illegally camped so I picked up my stuff and we began looking for the campground.

Well past dark, I reached short-fuse level diva and had had enough. We had hunted around Yosemite for the thru-hikers campground for over an hour to no avail until I eventually threw a full-blown temper tantrum and stormed off back into the woods with Scott close behind. I laid down my sleeping pad and quickly fell asleep. The next morning I woke up with Scott nowhere to be seen. My car keys were missing so I figured he was off early looking for his wallet. Honestly I cannot imagine a more stressful situation for him, and he was handling it exponentially better than my exhausted travel-worn self was. I packed up my bag and pad and began hiking down to my car, hoping a ranger wouldn’t catch me looking guilty as hell on my way out. But instead I saw Scott storming up toward me with an ear-to-ear grin.

Some wonderful human had found his wallet in the bathroom and turned it into the lost and found. We were good to go. With a seemingly higher population density than New York City, I was ready to escape the crowds and searing heat of Yosemite Valley and be on our way south. Within an hour we had our things together and were shoving our way through the crowds on our way to Mt. Whitney.

“The worst part of an expedition was over when the preparation was finished.”

-Robert Falcon Scott, The Worst Journey in the World