I got a great night’s sleep and slept in a bit to enjoy the continental breakfast. I had psyched myself up in the night and this morning was getting excited to get back out there and log some miles. I ate pounds of fresh fruit for breakfast, avoiding the heavier stuff because I was still full of pastries, chips, and ice cream from last night. I checked out and began working my way back to the trail.

Soon I was climbing my first ascent of the day and recognized a spot where I took my first ‘zero in the woods’ 6 years ago. I had set up my tent and stayed in it for the night, the following day, and another night, only rising to find water and relieve myself. It was a glorious mindless, relaxing day and by the time the next morning rolled around I was reinvigorated to continue hiking. But I didn’t have the option to do that on this trip, my recovery periods were little over the 8 hours I had to sleep each night, and sometimes less than that. The only way I can think of attempting the Appalachian Trail unsupported record is like racing a marathon, getting super excited to have finished, and then a couple hours later having to do it all over again. And again. And again. And when it rains, when the winds are unrelenting, when the cold pierces your clothing, and when you don’t get a wink of sleep, again. END_OF_DOCUMENT_TOKEN_TO_BE_REPLACED 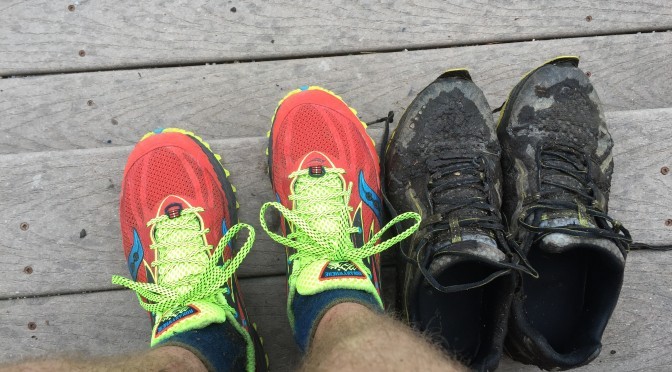 I slept in till 7am, used my Buff to cover my eyes well after the sun had risen. I went to bed before it set and rose after it was above the horizon. For the first time on the trip I dreamed. I actually dreamed. I put myself in a place other than on this brutal trail that was challenging me at every turn and I was happy. But when I woke up, with the sun rising and the air warm, I was actually elated to still be out here. Time to get back and rein in the deficit that I accumulated yesterday. I started packing up my stuff and realized I probably didn’t have enough food to get me to my next resupply. It was over 20 miles away and I was supposed to be there, or at least close, last night. I was kicking myself but there was a farm stand just a few miles down the trail. END_OF_DOCUMENT_TOKEN_TO_BE_REPLACED 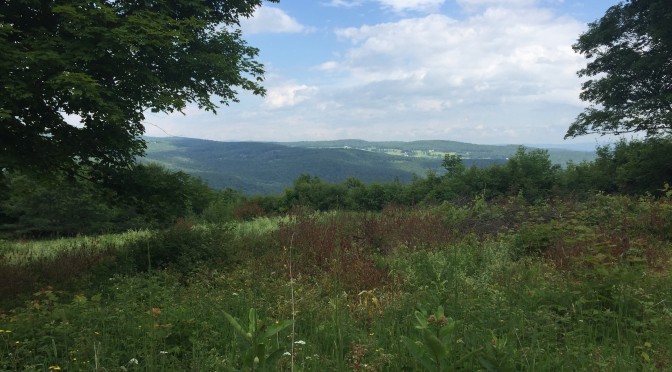 In town the gloominess persisted. I went to a diner, Lou’s Restaurant and Bakery, where I had eaten 6 years ago when I came through. I pulled off my poncho to keep from looking too homeless inside and rolled it up and put it in my pack. I was dripping wet, shorts absolutely soaking and shoes squeaking with each step. While I wandered around looking for an outlet to charge my phone another customer asked if she could lend me her towel to dry off. It was very thoughtful of her and I told her thanks but I would just be getting drenched in another hour so I declined the offer. END_OF_DOCUMENT_TOKEN_TO_BE_REPLACED

I remember when I used to pretend I knew the answers to things. It was comfortable. It made me feel like I had place and purpose and helped dissipate the loneliness. I knew the questions needed answers otherwise they would drive me mad. But what I did not understand is that I could have the same result from simply not asking the questions. END_OF_DOCUMENT_TOKEN_TO_BE_REPLACED

I wrote the below post to record my initial reaction after an extremely disappointing trip to Burlington, Vermont this past weekend for the Olympic Distance National Championships. With high hopes, I was overcome by illness the day of the race. Below there is a lot of self doubt in the purpose behind racing. I frequently highlight the silliness of the sport and that there really seems no real purpose behind it. I have never been one to remain in bliss to remain ignorant. Instead, I have always questioned things. One question I briefly highlight below is the question of life’s purpose. I essentially leave the question unanswered and establish that simply because I cannot directly pinpoint the answer does not mean I will cease living. Instead, despite a confidence in the near purely physical nature of this universe, I live my life as if I were completely aware of why I am here. The question of purpose is still there and arises every now and then but when the answer does not present itself, I do not hesitate. This is an attitude that I questioned this past weekend. After feeling that winning was the most important thing in the world just a couple of years ago, my attitude has evolved. Every time this doubt arises, training holds firm in my mind as a logical and respectable activity. To work, to test, experiment, challenge, and observe the body and life itself is an amazing, very spiritual process. But the purpose of racing is what was in question. I am an innately competitive being. It is a desire of mine to win and despise being mediocre at anything. The post below is raw and unedited. The words are exactly what was written in the hours after the race. But much of it has evolved in the time since then and I imagine it will continue to do so as the pain of loss fades and the glory of winning again comes into view. The process of answering this question of purpose happened in the amount of time that it took me to write the words below. It is not necessarily defined but when I reread these words, I get excited for my next competition.

END_OF_DOCUMENT_TOKEN_TO_BE_REPLACED

Last night I watched a documentary on the 2004 Tsunami that killed 250,000 people. The whole scene was absolutely horrifying. I watched as tourists obliviously videoed the receding waters from the shoreline. The beaches became exposed for hundreds of yards, luring people out onto the alien landscape. It was a sight no one had ever seen before and no one was aware of what was happening. To them it was a tide and the landscape was beautiful in its barren rockiness. But soon after, they saw the wall of water heading towards them. Some still stood on the beach watching the wall approach from a mile away, seemingly slow and graceful, but picking up force as it reached shallower water.

END_OF_DOCUMENT_TOKEN_TO_BE_REPLACED

I’m really struggling to get out the door today. I had an opportunity hours ago to get out on the road and complete my long run for the week. Yesterday I had a slight detour with a planned 60 mile ride ending up being 110 miles. My legs are tired, my skin is burned, and my body is drained. In reality, no one would know if I didn’t do this run but me. No one would have any idea. No one is asking what I am doing day after day. I’m not posting my Garmin files on my facebook page or updating my twitter every time I get out the door. I have no training partner that I need to text to say I am bailing. It is just me.

END_OF_DOCUMENT_TOKEN_TO_BE_REPLACED

I left Manchester way too late after being unable to pass any restaurant without stopping in for some food. I hit up a pizza joint, a donut shop, an ice cream shop, and most importantly, the grocery store before I departed.

The lady who drove me to the trail head increased my fear of hitch-hiking, not because of murder or kidnapping but just plainly their driving. Yesterday the man who drove me into town helped me realize to not look over at the driver when you talk to him. Maybe he thought he had some sort of track underneath him but even after repeatedly driving on the gravel shoulder, he continued to look over at me. And his vehicle was far from a five star crash test rating, unless the standards were lower back in the seventies when it was made.

So today I kept my eyes on the road. Turns out I think I’d much prefer tuck my head into my lap and assume the fetal position. The seventy year old lady kept turning onto the wrong side street and rather than turning around in someone’s driveway on the side street, stopped in the oncoming lane and backed up. I sat looking into the deep fog covering the four lane highway, waiting for Death to drive a semi into us. Its a truly a wonder that lady is still alive.

And I cannot forget to mention the man who slams on the brakes only to back up to me and says when I am throwing my stuff into the back seat “I would have picked you up back there but I was sipping my beer.” I cannot say for sure if he was tipsy or not because I’ve seen people drive like that and I have seen some weird people who act like that. The catch was that I would have guessed he had been drinking even if he had not told me.