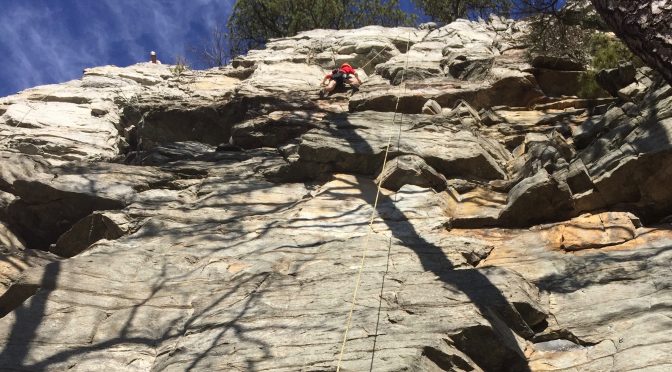 There we were, scrubbing horse crap off my dog, chronicling another installment of the misadventures of Snotty Booger and The Grace Face. Scott held Rosie’s ass in the air as I scrubbed the horse shit off the back of her neck. After a long day of climbing at Pilot Mountain State Park from nearly dawn till dusk, there we were in the park bathroom bathing my dog and she was not happy about it. She tried to wrestle her way out of it, sliding her soap covered paws around the bottom of the small sink with her ass unflatteringly held in the air by Scott. Speckles of horse poo trickled down into the sink and the odor of feces became replaced by the aroma of the cheap hand soap that I scrubbed into her fur. I wasn’t about to put this poopy face mutt back into my backseat for the drive home and was feeling sympathetic toward Scott for having to ride back there with her. In lieu of a knob, the sink had one of those horrible satanic plungers that you have to depress every three seconds to keep the water running. And I honestly struggled to understand how water so cold could remain in liquid form. But hey, guess what you little turd neck, play stupid games, win stupid prizes. I freed her when the soap and poop particles were all gone and she bolted around the bathroom like a maniac, dodging the vicious beastly hand dryer on the wall and shaking as she stormed around. END_OF_DOCUMENT_TOKEN_TO_BE_REPLACED 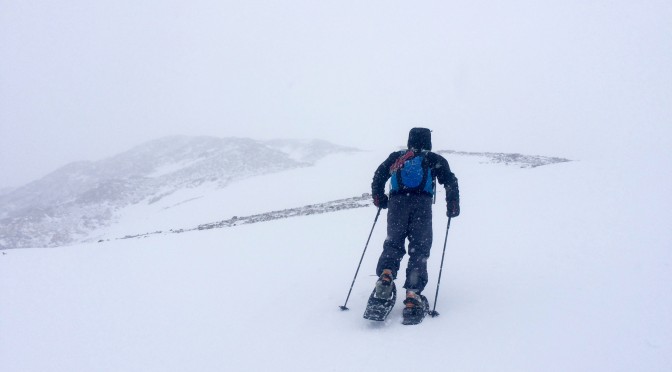 My granddad just turned 83 a few days ago. And as a former cop, he didn’t get there by being a dummy. He has always taken care of himself, paid attention to risks around him, avoided alcohol, and kept himself busy. I’ll never forget seeing him clearing downed trees in his driveway despite being in his 70s. But one thing that has always stood out to me was how he refused to fly on planes. He had helped clean up a plane crash with the bodies of 74 corpses of young soldiers just outside of Richmond in 1961. But despite improvements on air travel and being told about the safety of flying, he decided he would never accept the risk of it, and there was no changing his mind. END_OF_DOCUMENT_TOKEN_TO_BE_REPLACED

Last year at this time I was out in Colorado living out of my car climbing 14,000ft peaks. I was single, voluntarily homeless, and smelly. I had left school for a 10 month leave of absence just a couple months earlier and was taking advantage of that time to spend some introspective time out in the backcountry. But this year things have been going a lot differently and I couldn’t be more thrilled about it. END_OF_DOCUMENT_TOKEN_TO_BE_REPLACED 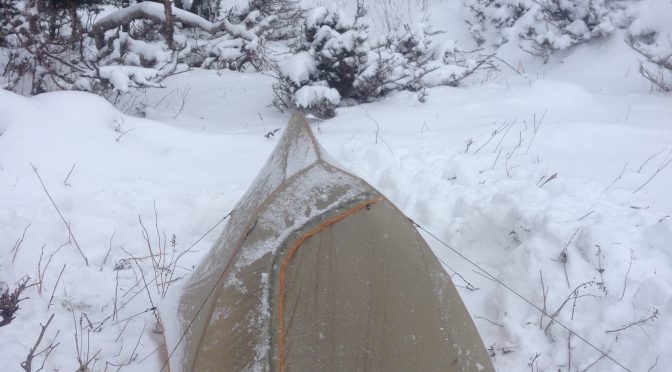 Family and friends of adventurers, we understand shopping for us for the holidays is difficult. We get it that our alternative lifestyle of living out of cars and rucksacks makes us seem foreign to normal people. We don’t wear jewelry or fancy clothes; our gear is honed for very specific purposes; and what you know about us is based on hair-raising stories and Facebook pictures. So I want to help you on what to shop for that special family member who shows up with a ratty beard and uncombed hair for the holidays. I put together a gift list that may help guide your shopping. END_OF_DOCUMENT_TOKEN_TO_BE_REPLACED