I’ve absolutely never had so much fun getting my butt whooped before. I got it handed to me this morning at the Patriots Sprint Triathlon in Williamsburg. It was my first time finishing out of the top 3 in a local race since I can remember much less out of the top 10. I got 11th overall and 9th collegiate. But I’m am absolutely stoked. It was Eastern Virginia Medical School Triathlon Club’s first race in the MACTC and I’d say we had a not bad showing for being a new program. END_OF_DOCUMENT_TOKEN_TO_BE_REPLACED 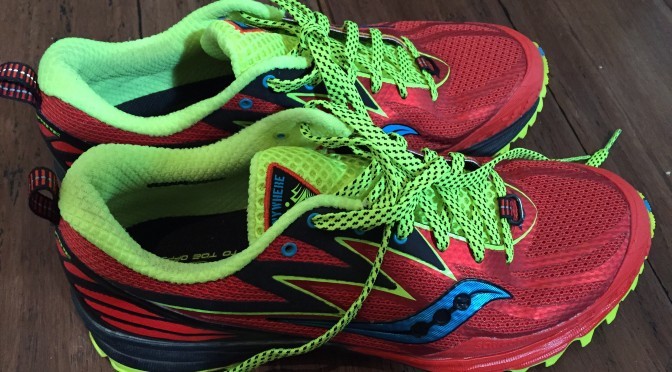 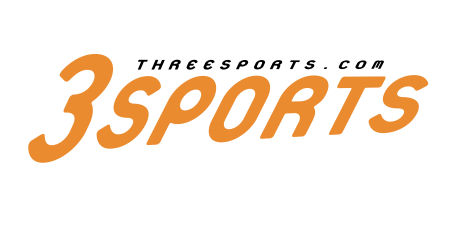 For over a third of my life I have competed in short course triathlon. With my first triathlon a Sprint distance race and my third a leap to the Olympic distance, I never considered tackling the challenge of distance racing at such a young age. Ironman and Half-Ironman distance races have never been on the radar for me. In fact, up until three years ago, it was very evident that my performance at the Olympic distance was significantly weaker than at sprints. I was blessed with an abnormally high VO2 max which is simply the volume of oxygen I can absorb in a given time. In fact, it is one of the highest. My lactate threshold on the other hand, was something that needed to be trained. This left me behind in longer races but enabled me to suffer immensely at high speed, something I am still much better at than distance racing. But recently my dreams have teased me toward new goals. END_OF_DOCUMENT_TOKEN_TO_BE_REPLACED

I remember when I used to pretend I knew the answers to things. It was comfortable. It made me feel like I had place and purpose and helped dissipate the loneliness. I knew the questions needed answers otherwise they would drive me mad. But what I did not understand is that I could have the same result from simply not asking the questions. END_OF_DOCUMENT_TOKEN_TO_BE_REPLACED

However, just like in road cycling or running, triathlon has different styles of racing. END_OF_DOCUMENT_TOKEN_TO_BE_REPLACED

A half mile from the finish I passed a guy who barely mustered the question, “What age group are you in?” and upon my short breath response he exclaimed “Good!” and relaxed into his own pace again.

I spent the whole morning yesterday on the chase. And although I recently had a breakthrough at Power sprint triathlon, yesterday was not my day under the spotlight. A guy from Freeman High School gained almost two minutes on me on each leg of the race. Sadly my chase was fruitless and I never saw him.

I had a highly unusual swim in which I lost minimal time to my competitors. However, the bike leg unveiled my rusty mountain bike handling skills. My body hit the ground four times throughout the ride but with no major injuries. They simply were reminders of the fact that I had not ridden this course in this direction since last year. To add to my difficulty I had a rubbing front brake that in addition to slowing me down, squealed at me the entire ride.

With that said, Xterra is a race of problems. Nothing seems to go perfect and the person who does well is typically the one who handles those challenges the best. In road triathlons, preparation in the months and weeks and night before the race can almost always prepare a racer for the day to come. However, in Xterra, no quantity of training or preparation can completely prepare an athlete for the challenges to come during the race. Those preparations can only give the racer a false sense of readiness. Experience, patience, confidence, and perseverance outweigh the fitness which solely propels on-road triathletes to victory.

In Xterra my four years of training are useless. My only foundation is the two Xterra triathlons I have done before. The challenge, although frustrating at first, is in essence what entices me to the hellish race.

Conrad Stoltz, the winner of the Pro division this past weekend raced with a three inch open gash on his foot. He wasn’t making excuses so what is my rubbing front brake compared to that. I was almost happy that the brake rub was the worst thing that day.

My run went smooth. I made sure to pace and yet I still cramped. My kick was late though. I prefer to feel like death at the finish and with this race I simply had to much left in the tank in the last mile. I finished second in my age group but still my competitor and I both beat everyone in the 20-24 age group.

I guess after going two years straight without being beat in my age group it serves me right to be humbled this year. I’m excited for the competition. If I am in the best shape of my life and so are they, I won’t mind losing. Endorphin fitness is home growing some of the fastest juniors I have ever seen. I hope the guys share the same dream as I do and maybe one day we’ll all race alongside each other wearing red, white, and blue.

This past weekend I attended a training camp with Endorphin Fitness coached by Sally Fraser and Michael Harlow. Michael and I set off to Wintergreen, Virginia on Friday morning. After driving the next day’s bike course, we met the rest of the camp participants at a lake at the bottom of the mountain for an afternoon swim.

My first excitement was with a floating trampoline near the shore of the lake. I asked Michael “How many minutes did you have on my training plan for jumping on the trampoline today?” After entertaining myself for a few minutes I got to the real reason I came here and began swimming. The water was glass smooth and REALLY cold. And I got a wicked wetsuit hickey.

A post swim ten mile run took it out of me. The guys kept making me laugh when I was running. Michael’s shorts were falling down, I had wicked gas, and the guys seemed to make everything funny. Running and laughing is not a good combination for me. So it was either run with them, laugh, and get dropped, or set the pace and either make it so they cannot talk or they’re too far behind to hear them. Dropping the pace down to 6:40 pace killed their motivation to crack jokes.

All the ten mile runners gathered for a post run ice bath in the lake. I have never seen such a vast body of water so glass smooth. I poked my finger in the water and watched the ripples ride along the surface for several meters. For the first time in the day, the sun shone out of a corner of a cloud just over a mountaintop, providing me with a little warmth. I felt at absolute peace standing in this lake at the bottom of the mountain with no stranger in sight and the sun breaking the bleakness that had preceded.

This feeling was soon destroyed by my hatred for the law of gravity. The waterfall I had admired while driving the bike course the day before turned from being amazingly beautiful to amazingly aggravating. My admiration for the winding falls beside me quickly turned into a plain focus on reaching the top of a mountain during the long bike the next day. I would watch every drop of the water ahead of me and realize that was how much farther I had to climb. The water seemed to fall forever and I seemed to be climbing forever.

Up on the Blue Ridge Parkway the sun shone, the climbs were short, and the view seemed infinite. A massive group of touring cyclists aggravated the crap out of us for mile upon mile up on the highway. They made for good jokes and good confidence boosters. Towards the end of the loop we rode down wintergreen mountain. I reached a personal speed record on a bike at 58 mph.

Michael had told me I was supposed to cut off at fifty miles, one loop, and jump into the sag but that fifty soon turned to 3.5 hours turned to seventy-five miles. I was cool with that. My body wasn’t too happy with having run out of water and nutrition ten miles ago but seeing the sag truck for the first time in hours was a pleasant enough sight to dampen the pain in my legs and the aching in my stomach. I almost destroyed an entire pan of cookie brownie sparking questions later in the evening about how that night’s desert disappeared. Whoops.

The next day’s lineup consisted of a thirty mile mountainous fast ride ending with a three mile run up wintergreen mountain to finish the weekend off. I felt good so I hammered the bike with no regard for the other guys and the run to follow. Tyler, one of the guys at the camp had his revenge on the run. He caught me before the top after starting minutes behind me. Oh yeah and he had to run twice the distance as me. And he had run twenty miles on Friday when I had only run ten.

The slowest three miles for me for four years. After a quick clean up we headed home. A solid weekend of training to solid week of recovery before the Xterra off-road triathlon. Looking at my calendar for this coming week is kind of daunting. Eight races in two weeks. Two tri’s and six cycling races. We’ll see how it goes.