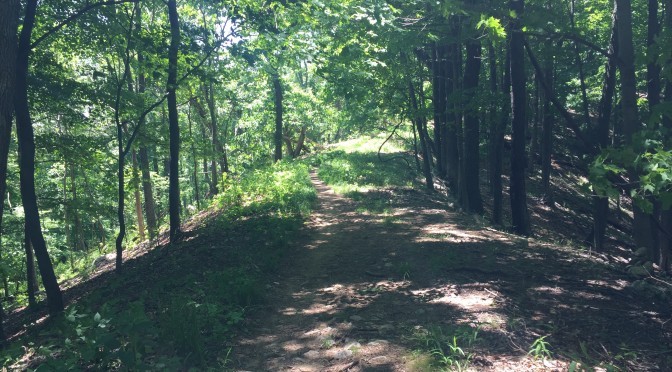 This summer I am going to be attempting to break the unsupported Appalachian Trail record. I have been asked a lot of questions about my trip and wanted to clear up exactly what I am doing by addressing some of those common questions here.

What exactly are you doing?

Self-supported Appalachian Trail record thru hike attempt. It is done backpacker style without a support crew. I will resupply in towns and pick up packages I mailed to myself but cannot have prearranged support from friends or family nor will I be able to accept rides into towns.

How far is it?

It is a 2185 mile long trail that passes through 14 states. END_OF_DOCUMENT_TOKEN_TO_BE_REPLACED

This isn’t the first time Bill Maher has pissed me off with his support of pseudoscience. I know he doesn’t give a damn about my opinion, but I’m posting my frustration anyways. It’s often the people who I agree with the most who I am most curious about, and sometimes the most skeptical of. I wonder what their inspiration is, deciding it is less important what people believe, but rather why they believe it. For Bill Maher, I believe he holds a wild double standard. With respect to God, the man says the burden of proof is on the believer. He displaces himself, rightly so, from having to make any statements about his lack of theory. He said it perfectly: “atheism is a religion like abstinence is a sex position.”

The burden of proof can be easily realized using Bertrand Russell’s teapot analogy. I could in no way prove to you that there is not a teapot in space orbiting the Sun.

END_OF_DOCUMENT_TOKEN_TO_BE_REPLACED

Recently I watched an internet troll attack the idea of a godless universe on a freethinkers Facebook page. It was an interesting challenge to a group of people who typically always agree on this subject. His argument, however well disguised with jargon and circular logic, was entirely delusional and arrogant, claiming divine knowledge that not many claim to have access to. He asked the question of why someone would want to choose a life without certainty in a godless universe in lieu of a life of certainty with faith. I was interested in the question and had it not been for the raging hatred on the other side, it could have been an interesting discussion. So instead of responding to someone who refuses to give my words recognition, I decided to record it here. END_OF_DOCUMENT_TOKEN_TO_BE_REPLACED